The Classic 3/4 Ugg with Animal Print is a Euram Ugg style that features designs based off various exotic animals. The genuine cow leather heel has been printed with the patterns that are characteristic of these animals.

Available designs include a black and white zebra print, inspired by the African savanna, and a leopard print which draws upon Asian and African influences. Within our animal printed ugg range, a special edition viper printed design is also available.

The Classic 3/4 Ugg with Animal Print is available at the Euram Australia online shop.

Tomato is a new ugg boot colour that is available in selected Euram styles.

It is a rich yet vibrant addition to our classic range of colours, which already contains over ten different shades.

We’ve introduced a range of new sheepskin jackets and vests to the Euram online store. These styles are made with genuine Australian sheepskin. The highest quality materials, including twin-faced sheepskin, are chosen because we believe that quality matters.

As a result, these jackets are durable and warm. The Sheepskin Nappa Bomber Jacket is even water resistant, making it the perfect choice for a variety of harsh outdoor environments.

The Sheepskin Vest is a sleeveless alternative that offers three pockets for extra storage.

For a limited time, these jackets and vests will be on sale at the Euram Online Shop.

We’ve got good news for all international lovers of Euram Australia! Our official online shop, where we sell our exclusive sheepskin products, now offers international shipping to most countries around the world!

So whether you live nearby or halfway across the world, we’ve got you covered!

Over Euram Ugg’s 13 year history, we have improved and refined our shoe designs to make them as anatomically correct as possible.

We believe that ugg boots should provide a great fitting. They should be comfortable and supportive to the foot’s structure. Therefore, we have devoted hours upon hours of effort to improve the designs of our boots.

Sometimes, the changes are minor. The shoe patterns may be changed slightly to make them look more visually appealing. Other times, we introduce bigger changes. For example, our products are among one of the only boots with innovative countered heel technology, which provides an anti-slip support and a better fitting to the heel.

Although the changes in our designs are often small, bit by bit, they make a noticeable difference in both comfort and quality. Today, our boots are among the longest lasting and most luxurious available. 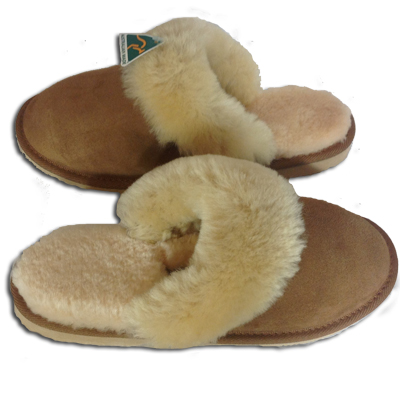 We have a factory-direct store in Coburg, Victoria. Since our humble beginnings in 2001, we have served the community and provided them with quality sheepskin products and souvenirs, including our own line of Euram Ugg boots.

Many of the ugg boots made at our own factory in Melbourne get sent directly to our Australia Sheepskins and Souvenirs stores. This ensures great prices as well as quality since we handle strict quality control.

We love all things sheepskin-related at our Australia Sheepskins and Souvenirs. If you share our love for them, why not come down to visit us soon? We’re at 348 Sydney Rd, Coburg VIC 3058. For our store locations, or to contact us, please visit our Contact page.

Free shipping is available for orders over $159 at the Euram Ugg Online Shop. We also offer a flat rate shipping rate of $10 for all other purchases, regardless of quantity. These offers are available to all destinations in Australia.

Ugg boots have their origins in Australia, and have been around since at least the 1930s. However, it was not until the late 1990s that they became hugely popular, and gained prominence in areas such as the US and UK. With all this hype, you must think that there must be something really special about ugg boots, right?

Well, that’s absolutely correct. Sheepskin ugg boots are not only comfy, but they are highly practical as well. How many times have you wanted to go out in public in comfort? With ugg boots, style does not have to be sacrificed to be comfortable.

Genuine ugg boots made with Australian merino sheepskin often last for ages! For example, at our Australia Sheepskins and Souvenirs stores, we have often had our customers come back after over a decade remarking that their Euram Ugg boots have lasted all that time! The ugg boots that use only the best sheepskin really do last that long! Even though they might be at a higher price, quality is assured so they act like an investment – they’re better off in the long term.

Did we mention that sheepskin fibres are unique in that they insulate in those cold winter months, but have a unique moisture-wicking ability to be cool in summer? They help maintain body temperature in the coldest of conditions! Your boots should not have odours like other types of shoes because air circulation and the moisture-wicking abilities help keep your feet dry! That means ugg boots are suitable for everyday wear (and this is why many people don’t wear socks with their boots)!

Ugg boots have come a long way over the years. Our Euram Ugg boots have seen some redesigns over the years to ensure that construction is the best that it can be, and foot growth is not hindered like other ugg boot brands (this is especially true with many counterfeits, as you can read here).

Ugg boots have become somewhat of a modern Australian icon. To express your love for Australia, these boots are perfect! So flaunt style and comfort with a pair of ugg boots today!

Australia Sheepskins and Souvenirs has stores in Coburg and Preston, in Melbourne, Australia. Their line of ugg boots is ‘Euram Ugg’, and they are made in Australia.

Did you know that you can use the Euram Ugg web store in the convenience of your own home, and pick up your product once it’s ready in store?

This means that you would receive your products at least a few days earlier than you would otherwise because you would not have factor in the delivery time. We provide this service at absolutely no cost, and it takes only 1-3 working days to process your order.

We understand that you might prefer the added convenience of delivery straight to your door. That’s why you can also choose to have your purchase shipped at no extra cost as well (for orders over A$159). You will still receive your order within 2-7 working days, depending on your location.

You can choose to pick up your order at any of our Australia Sheepskins and Souvenirs stores, in the Melbourne Metro area.

Counterfeiting is illegal. However, there are still many counterfeit ugg boots around. Counterfeiting hurts businesses financially who seek to do the right thing and sell genuine products. It hurts Australian manufacturing jobs because real Euram Ugg boots are made in Melbourne, but fake ones are most likely not.

Obviously, quality sheepskin and craftsmanship cannot be exhibited in cheap knock-offs because high grade sheepskin and Australian labour is expensive. There have been numerous instances where fake ugg boots have hindered foot growth.

We urge you to buy real ugg boots. This is not only because it’s the right thing to do, but also because it would be a long term investment. Real Euram Ugg boots last for ages, whilst fake ones would probably break with a few days or weeks.

To find our more and learn about how to spot a counterfeit, please visit out ‘Counterfeit Education’ page.